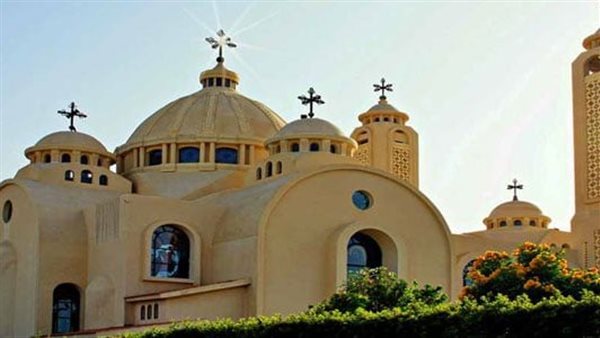 Patriarch Mor Ignatius Youssef III Younan, Patriarch of the Syriacs of Antioch, and the Holy Synod Fathers of the Syriac Catholic Church of Antioch performed a non secular train previous to the opening of the common annual session of the Holy Synod assembly, within the Synod Corridor at Our Woman of Deliverance Patriarchal Monastery Al-Shorfa.

Mor Athanasius Matti Moutaka, Saint Rebola Antoine Beloni, Saint Flapianos Youssef Malki, Saint Dionysius Antoine Shahda, Archbishop of Aleppo, Saint Gregory Boutros Malki, Saint Barnabas Youssef Habash, Metropolitan of Our Woman of Salvation in the US of America, and Saint John Boutros Moshe, President of the Diocese of Our Woman of Deliverance in the US of America participated within the non secular train The previous bishops of the Diocese of Mosul and its Dependencies, Mor Ephrem Youssef Aba, Archbishop of Baghdad, the Patriarchal Administrator of the Diocese of Mosul and its Dependencies and the Secretary of the Holy Synod, and Saint John Jihad Battah, Archbishop of Damascus.

The sermons of non secular sports activities had been delivered by Father Ayoub Chahwan, the Lebanese Maronite monk and professor of the Bible in lots of ecclesiastical faculties. The train included three conversations, through which he meditated on the idea of the bishop’s vocation, and the bishop’s relations together with his brethren bishops and with the monks and believers entrusted to his care.

His Beatitude the Patriarch welcomed the fathers, thanking Father Ayoub Shahwan for accepting the invitation of his Beatitude to ship sermons for non secular sports activities, wishing him a blessed service topped with lasting success. Questions, dialogues, discussions, and on the finish of the game, His Beatitude renewed his due to Father Ayoub Shahwan, and offered him with the icon of Our Woman of Patriarchal Salvation as a token of affection and appreciation.